"We make bridges, not barriers. This is what the world requires." 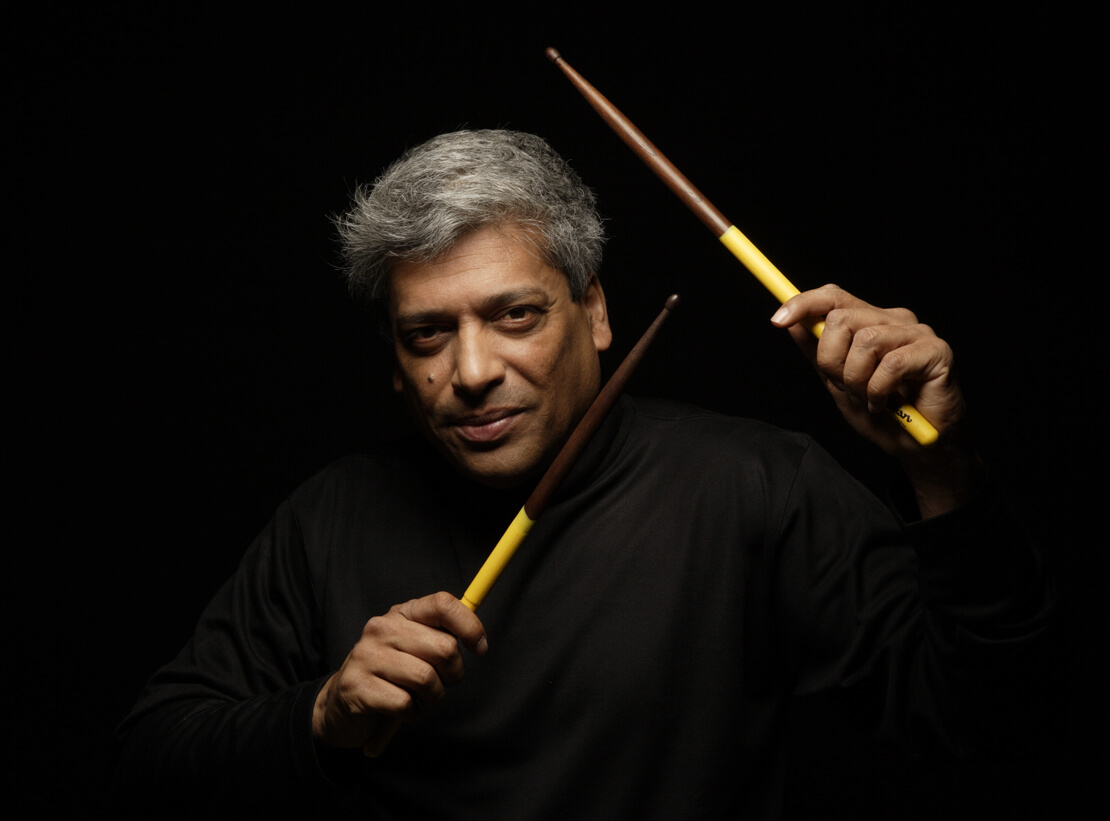 A world class, virtuoso percussionist, now in his mid sixties, Trilok has attracted a world class set of collaborators over a long career; these started with John McLaughlin in whose trio, Trilok flourished as the featured soloist for 4 years, other jazz greats continued this path - Joe Zawinul, Jan Garbarek, Don Cherry, Bill Evans, Pharoah Sanders, Dave Holland were all attracted to Trilok's burning sense of rhythm. Of course he is deeply rooted in the Indian tradition, so it is no surprise to see that collaborations also took place with the glitterati of Indian musical society - his mother, Shobha Gurtu, Zakir Hussain, L. Shankar, Shankar Mahadevan, Hariprasad Chaurasia, The Misra Brothers and Sultan Khan. World music has become an established genre in which Trilok has further “ploughed his own furrow” with his own group, to great effect, performing and recording with Salif Keita, Oumou Sangare, Angelique Kidjo, Neneh Cherry, Omara Portuondo, Tuvan throat singers, Huun Huur Tu, to such effect that Rita Ray of BBC Radio described him as “a serial collaborator”.

In 2006/7, Trilok has recorded and performed with the Malian musicians from the Frikywa Family and the Italian, Arke String Quartet. Although these performances continue, he has also formed a World Music group featuring Bass, Guitar, Violin, Didjeridoo and Santoor, which showcases his talents thru the coming seasons. He will also offer his Twenty Years of Talking Tabla a solo event focussing on speech and tabla, with a chance for small audiences to exchange musical views with him and learn about his broad compositional techniques.

Trilok Gurtu was born into a highly musical family in Bombay, India where his grandfather was a noted Sitar player and his mother Shobha Gurtu, a classical singing star and constant influence. He began to play practically from infancy at the age of six. Eventually Trilok traveled to Europe, joining up with trumpeter Don Cherry (father of Neneh and Eagle Eye) for two years; touring worldwide with Oregon, the highly respected jazz group and was an important part of the quartet that L. Shankar led with Jan Garbarek and Zakir Hussain.

In 1988 Trilok performed with his own group, finally being able to present his compositions on the debut album USFRET which many musicians claim as an important influence; young Asian musicians from London like Talvin Singh, Asian Dub Foundation and Nitin Sawhney see him as a mentor and so Trilok's work finds its way onto the turntables at dance clubs years later. But back in 1988 Trilok met The Mahavishnu Orchestra and its leader, John McLaughlin and for the next four years played an integral part in The John McLaughlin Trio.

In 1993 Trilok toured his own trio in support of the album THE CRAZY SAINTS, which featured not only Joe Zawinul but also Pat Metheny. Audiences were enthralled by his compositions that linked subtle Indian rhythms and Indian singing with elements of modern jazz and rock. The following year the band was expanded to a quartet and touring extended to include a US coast-tocoast tour and 40+ European shows.

The composer and band leader had evolved from the Trilok of earlier years: consummate musicianship now joined entertainment skills as his humorous presentations for the group, between bouts of serious music, brought uproarious laughter from his spectators.

Band tours continued annually establishing Trilok Gurtu as a regular and popular visitor to many European and US cities; his group, THE GLIMPSE which was formed in 1996 grew from his musical roots in India's timeless acoustic tradition. By the late 90's they were touring worldwide and appearing in Festivals where he performed alongside the megastars of the entertainment business (Bob Dylan, Eric Clapton, REM) as well as his colleagues in the World Music scene like Youssou N'Dour, Baaba Maal, Cesaria Evora and Salif Keita. The KATHAK, AFRICAN FANTASY and BEAT OF LOVE CDs came about in 1998/9, 2000/1 as a direct result of these years: Trilok's music entered a distinctly World Music setting. - a new sound that contained the core of his previous works but expanded on it allowing guest singers like Neneh Cherry, Salif Keita, Angelique Kidjo and Oumou Sangare to display their talents on Trilok's own recordings. 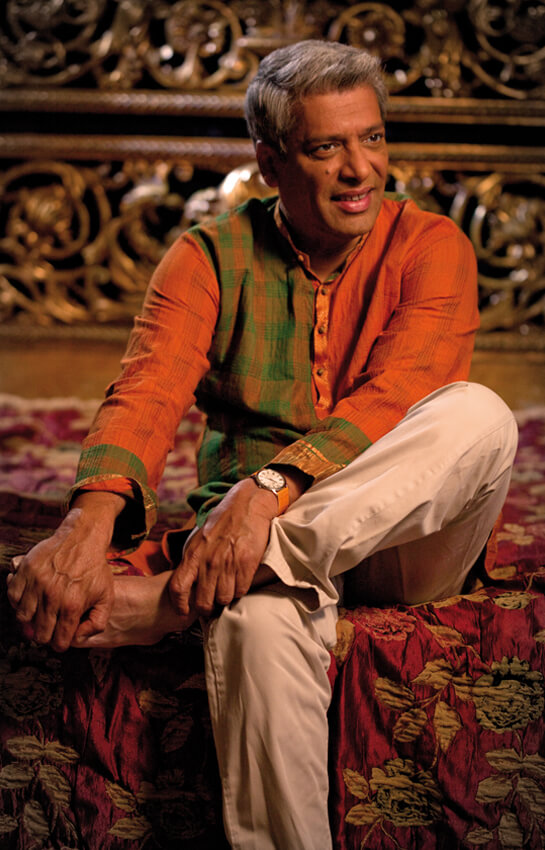 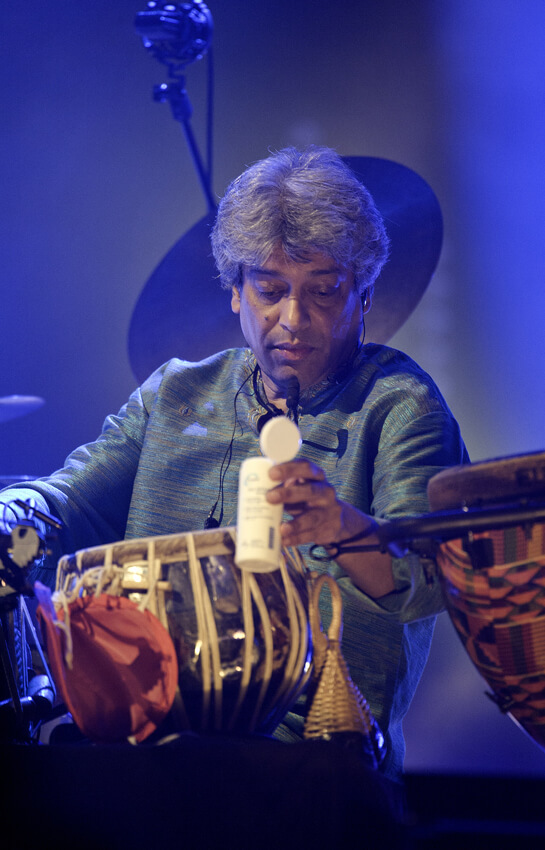 The release of REMEMBRANCE in 2002 was a major milestone for Trilok. The guests Shankar Mahadevan, Zakir Hussain, Ronu Majumdar and Shobha Gurtu gave superb performances. Reviews in London were all 4**** and better, including The Times, Daily Express, The Guardian, Q, Songlines and FRoots. Combined with extensive touring across Europe and especially Scandinavia, this led to Trilok's second nomination for the BBC World Music Awards and for an EMMA. Stand out performances were at London's Hyde Park for the Queen's 50th Anniversary and in Bombay as part of a global satellite-delivered concert with Youssou N'Dour and Baaba Maal celebrating the BBC's 70th Anniversary of their World Service.

2003 saw a wide variety of over 50 performances all over the globe from Trilok Gurtu in quartet, trio and solo formats. His first collaboration in an orchestral piece took place in Koln in October, with the World Premiere of “Chalan” written especially for him by Maurizio Sotelo. Other key 2003 performances were at Cité de la Musique, Paris in April with special guest Shankar Mahadevan; in Utrecht with Robert Miles, Kudsi Erguner and Hassan Hakmoun and in Sardinia with Dave Holland. The most spectacular was certainly in Copenhagen at “The Images of Asia Festival” where he orchestrated a joint performance of his own band with Samul Nori (Korean Percussionists) and Huun Huur Tu (Mongolian Throat Singers). All this on a floating stage in Copenhagen Harbour at sunset - quite delicious!

Trilok started 2004 with a 10-date tour of Norway in February followed by an extensive tour of 25 concerts in France to announce the release of his eleventh CD BROKEN RHYTHMS. As with all Trilok records, the accent was on rhythm and drumming - but this one more so. Featured collaborations with the Tuvan Throat Singers Huun Huur Tu, the Arké String Quartet and an outstanding screaming guitar part from Gary Moore bring a heady mix of bright and fast with gentle and peaceful. The album was released in France in March 2004 and received all 4**** reviews. Two visits to the USA with his group included the huge Stern Grove Festival in San Francisco in front of 20,000 spectators.

As a composer, player and leader, Trilok released the brilliant MASSICAL in 2009 and the ambitious large ensemble compositions of 21 SPICES with drumming great Simon Phillips and the NDR Big Band in 2011. In 2013 Trilok released SPELLBOUND as a tribute to his one-time mentor and dear friend Don Cherry. The trumpet, which was the main instrument of the great Don Cherry, is featured throughout SPELLBOUND with guest appearances by trumpeters Nils Petter Molvær, Paolo Fresu, Matthias Schriefl, Ibrahim Maalouf, Ambrose Akinmusire, Hasan Gözetlik and Matthias Höfs playing compositions by Trilok as well as compositions by trumpet legends Miles Davis and Dizzy Gillespie.

With his unique genius which has played a major role in creating some of the finest works of his fellow master musicians, amongst others, John Mclaughlin, Joe Zawinul, Dave Holland and Jan Garbarek, Trilok Gurtu continues to define and redefine his position as one of the percussive art's greatest innovators of all time. Although his approach to playing and composing is non-stylistic, it is built upon a solid and deep understanding of many global styles. His drumming and composing are universal, personal and fuelled by tremendous love and discipline.

With “Spellbound” Gurtu once again underlines the fact that jazz still forms the basis for his musical oeuvre.

With every track on “Spellbound” Trilok Gurtu has turned to the instrument that Cherry himself played: the trumpet. This brass instrument is practically a symbol for Gurtu's own musical vision. In its different versions, the trumpet has found a place in countless cultural circles around the world and has become an essential element of many different styles. The trumpet plays an important role in classical, symphonic music, just as in pop, world and, of course, jazz music. 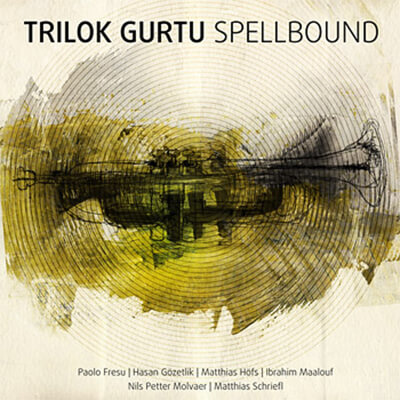